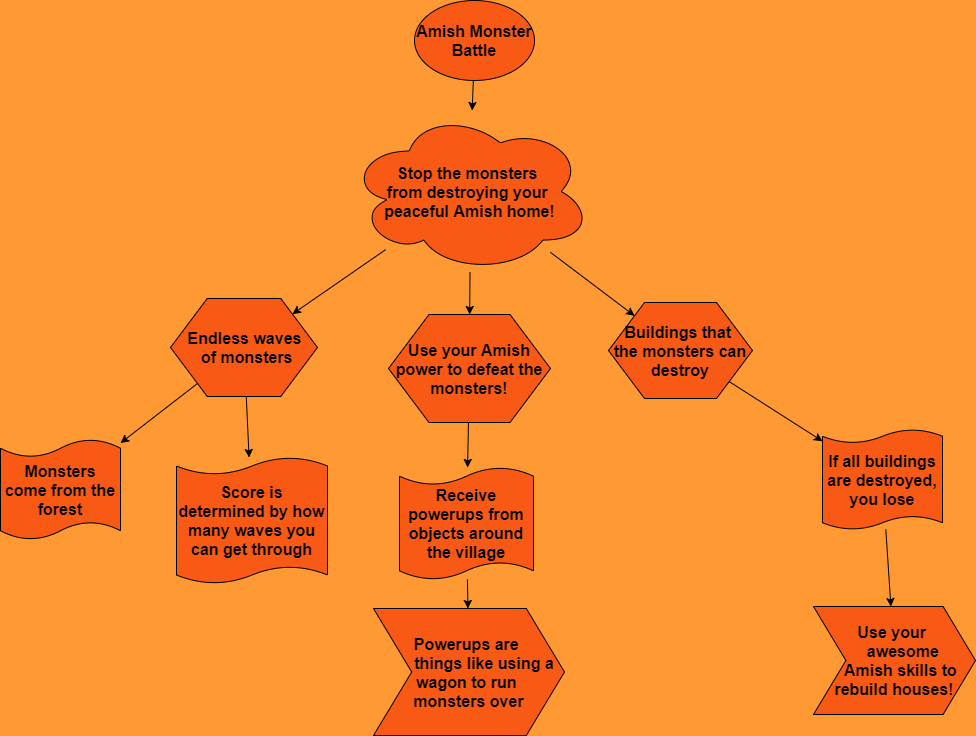 The first idea I chose to use is the Amish Monster Battle idea. My thoughts for this idea were that there would be monsters attacking a peaceful little Amish village for some reason and that you would have to stop them using the power of the Amish. Things like riding wagons into them and rolling logs over them. If they destroy the village, you lose. You can rebuild the buildings quickly, however. Each wave of monsters is more difficult than the last. 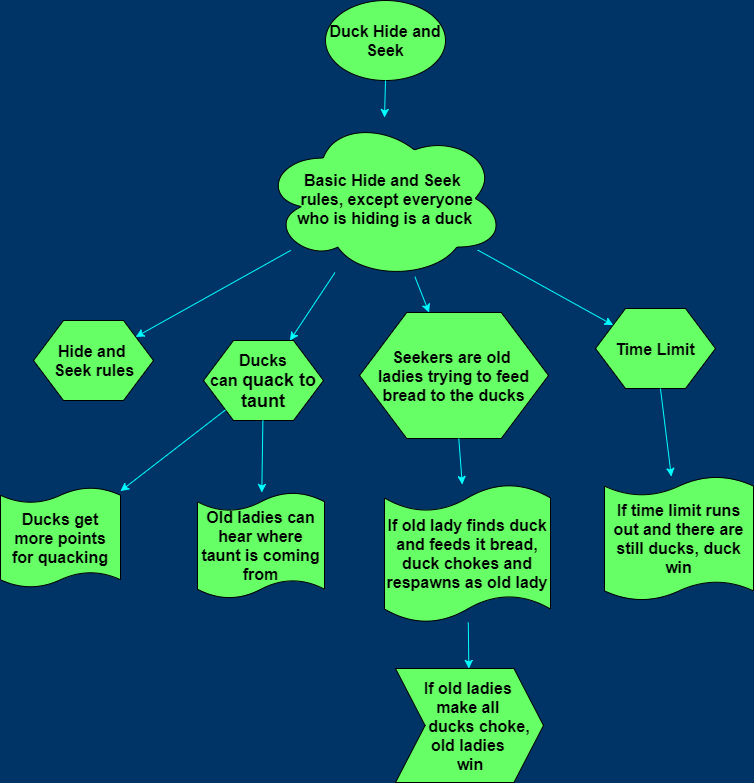 The second idea I chose was Duck Hide and Seek. It uses the same rules as Hide and Seek but everyone who is hiding is a duck, and everyone who is seeking is an old lady trying to feed the duck bread. If they find a duck and feed it bread, the duck chokes and respawns as an old lady. The ducks can also quack to taunt the ladies. They get more points for this, but the ladies can hear where the sound is coming from. I was picturing this to take place in a large park with a pond and possibly some other park features like a playground or something. 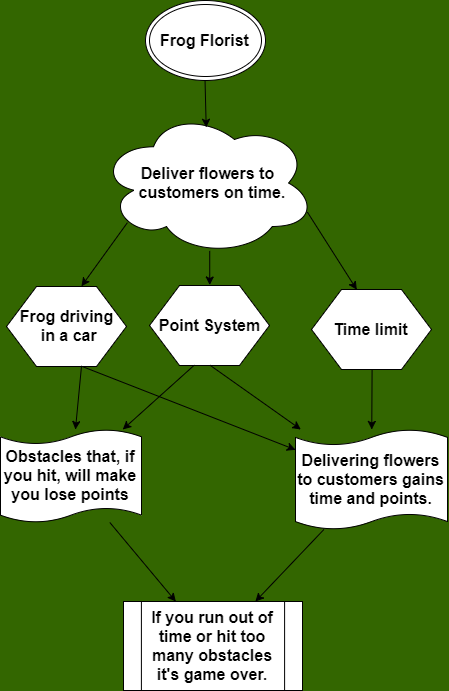 The last idea I chose is Frog Florist. It is a driving game where you are a frog who is a delivery driver for a florist company. You must deliver flowers to each customer around the city. There is a time limit and if you run out of time, you lose. Delivering flowers gets you more time and points. There are obstacles that if you hit, will make you lose points. I think I will also make it so that driving is difficult because you are a frog. 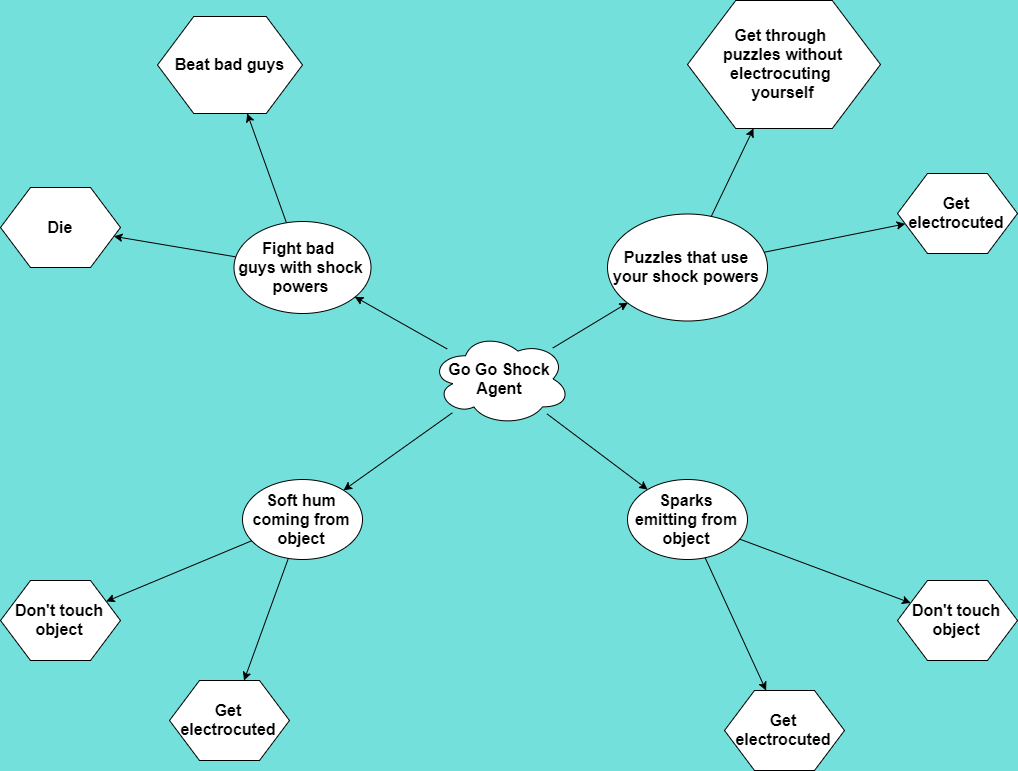 The core idea behind this game is that you have the power of electricity. There are puzzles in which you must use electricity to get through and bad guys you must defeat with your electric abilities.